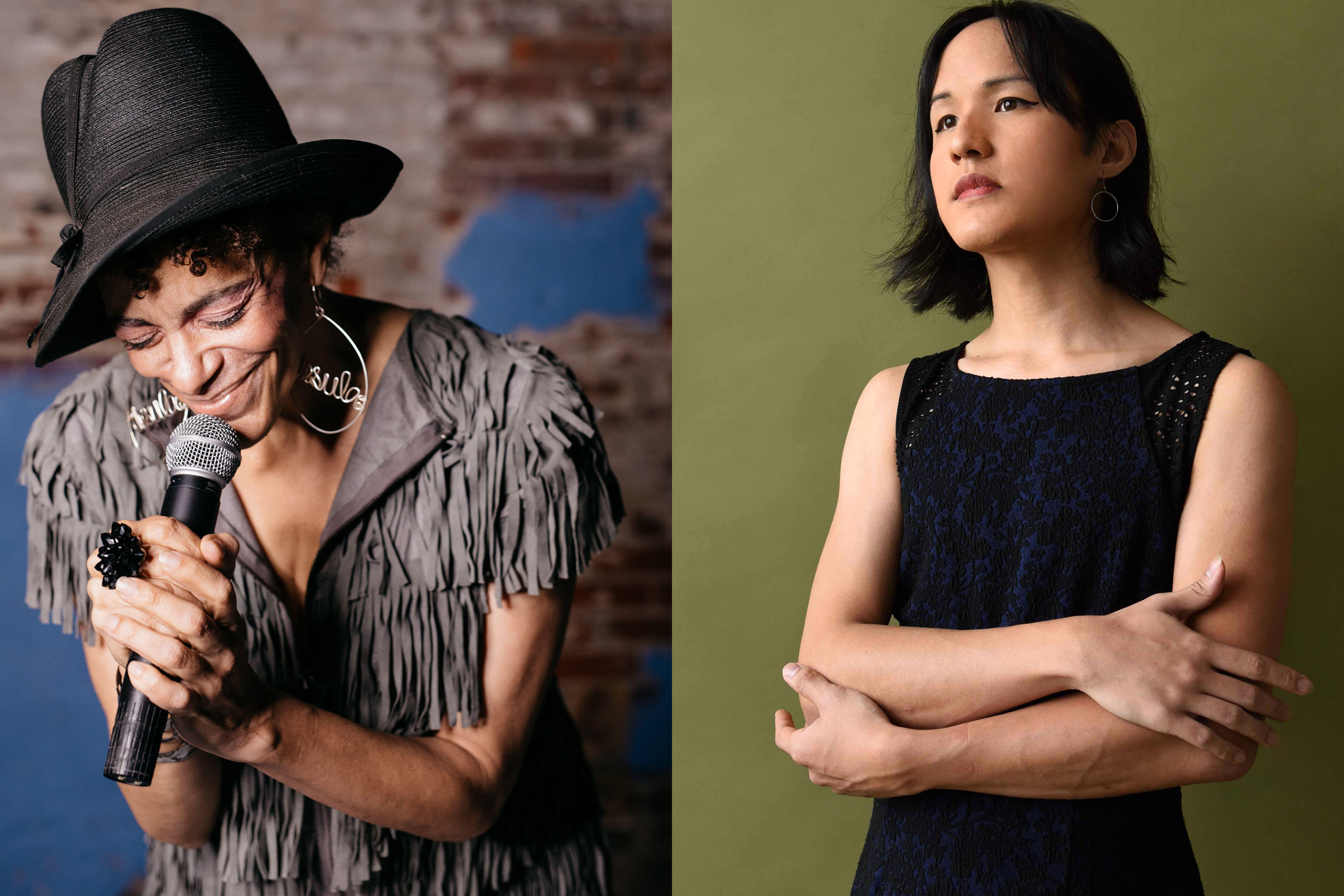 URSULA RUCKER
Ursula Rucker is an interdisciplinary poet, performer, and recording artist whose work reflects on personal history, family, and place. She characterizes her work as situated “along the edge of the terrains of poetry.” Rucker has released five albums and collaborated with a wide range of artists outside of the field of poetry, including The Roots, musicians and Pew Fellows Jamaaladeen Tacuma and King Britt, and, most recently, Pulitzer Prize-winning photographer Clarence Williams III. She has toured with her live performance memoir, My Father’s Daughter, which she describes as “90 minutes of self-truth and discovery.” In 2017, she collaborated with Nigerian sound and installation artist Emeka Ogboh to create Logan Squared: Ode to Philly, which featured an epic poem by Rucker that reflected Philadelphians’ voices and visions for the city. The work was presented as part of Mural Arts Philadelphia’s Center-supported, citywide Monument Lab exhibition. A Philly 360 Creative Ambassador and recipient of Leeway Foundation’s Transformation Award, Rucker is the subject of the 2008 documentary Ursula Rucker: Poet, directed by Michael J. Dennis.

MADAM DATA
Performing as Madam Data, Ada Adhiyatma is a musician who explores machine interfaces and the embodied idea of distance. Working with handmade computer programs, hacked electronics, field recordings and old samplers, they fantasize about sound as a way to echolocate spaces defined by separations, the trauma of dislocation, the impossibility of empathy. Ada’s performance personas in Philadelphia include the apocalyptic insect noise purveyor Madam Data, and various component identities of sci fi noise-thrash quintet OOLOI and the environmental improvisation duo ‘place’. They also produce a podcast of discarded sound called The Floating World.

If it looks like rain, the event will be held on Monday, June 17th at 8pm. A message will be sent out by 4pm on the day of the event letting ticket-holders know about the rescheduling.