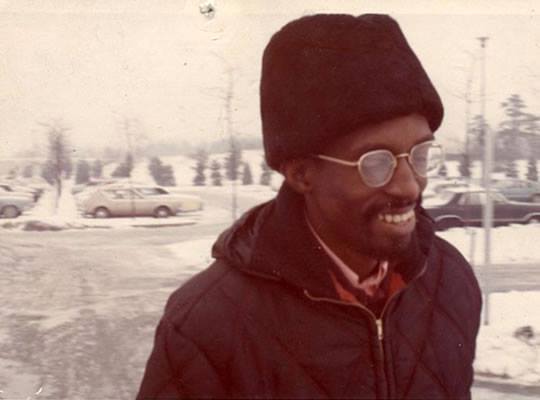 In Search Of Eastman

In the years following his death, with few recordings and many scores presumed lost forever, the memory of Eastman’s legacy started to slip away. It wasn’t until recently, when composer Mary Jane Leech began searching for Eastman’s work, did interest (and information) begin to reemerge. Now, thanks to the work of biographer Renee Levine Packer, scholars Ryan Dohoney and Kyle Gann, and artist Jace Clayton, Eastman’s work is ripe for investigation and exploration.

Julius Eastman was born in New York City in 1940 and spent his youth in Ithaca, NY. Eastman studied piano and composition at the Curtis Institute of Music in Philadelphia, graduating in 1963. Eastman moved to Buffalo, eventually joining the Creative Associates (1968 – 1975), a prestigious new music center noted for its leadership under Morton Feldman. Eastman was a highly regarded performer and was especially note for his performances of Peter Maxwell Davies’ “Eight Songs for a Mad King”. His recording of the work was nominated for a Grammy in 1973. In 1975, he moved to New York City, where he continued to compose and perform regularly. A series of misfortunes and personal struggles left Eastman homeless in the mid 1980s, with much of his music confiscated when he was evicted from his home. Eastman died in Buffalo in 1990 at age 49.

This event is part of “Julius Eastman: That Which Is Fundamental”