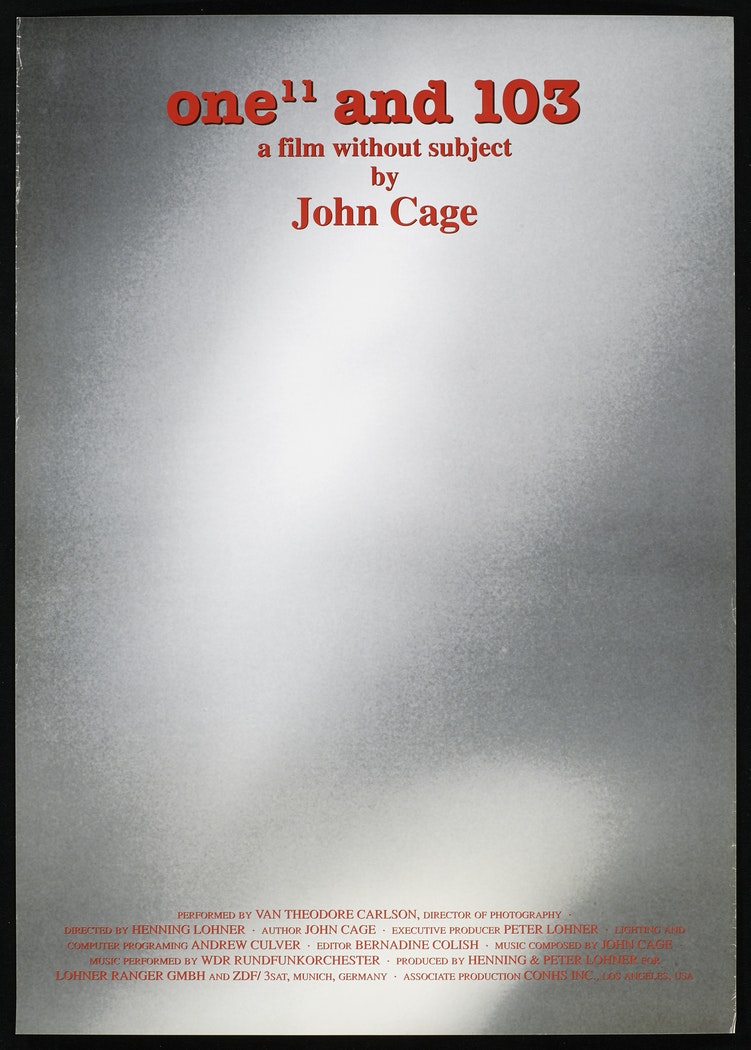 Created the year he died, Cages only feature-length film One11 (1992) was composed entirely using 1,200 random operations devised by a computereach determining the movements of a crane-mounted camera and the qualities of lighting within an empty room. A meditation on the perception of emptiness that harks back to Cages much earlier 433 (1952), One11 is a film without subject, persons or things, offering instead a sublime impression of another, timeless place. For this performance, a video of Cages own realization will be accompanied by a recording of its companion piece, 103 (for a large orchestra).