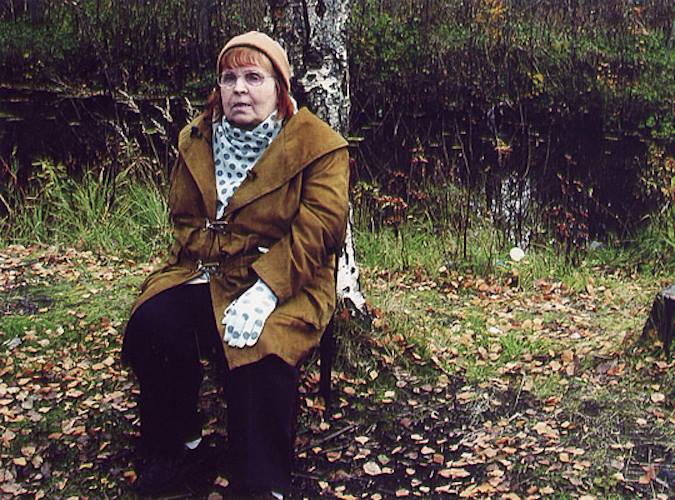 The Lady with the Hammer: The Music of Galina Ustvolskaya

The Russian composer Galina Ustvolskaya (1919-2006) created some of the most severe, brutalist classical music of the 20th century. Favoring stark textures and unusual combinations of instruments– she never formally studied orchestration– her music unfolds in ruthlessly throbbing rhythms, angular melodic shards, and resonant caverns of silence. Though she mostly avoided programmatic depictions and favored abstract titles, her work provoked visceral reactions: the Dutch musicologist Elmer Schonberger called her “the lady with the hammer,” while Ustvolskaya herself described her work as “music from the black hole.” Aside from uncharacteristic pieces she wrote for public functions, her work was largely unperformed during her lifetime. Only in the 1980s did her relatively small body of work begin to be performed and recorded, and Ustvolskaya still remains largely unknown even among aficionados of 20th-century classical music. The Arcana New Music Ensemble is proud to present the music of this unique and powerful composer.

ABOUT ARCANA
Founded in 2016, the Arcana New Music Ensemble is a group of Philadelphia-based musicians dedicated to presenting interesting, beautiful, and unconventional music in interesting, beautiful, and unconventional places. Built on a flexible roster of 25 musicians, Arcana is able to perform a broad range of repertoire in numerous configurations. Arcana is a project of Bowerbird administered by Elizabeth Huston, Thomas Patteson, and Dustin Hurt.