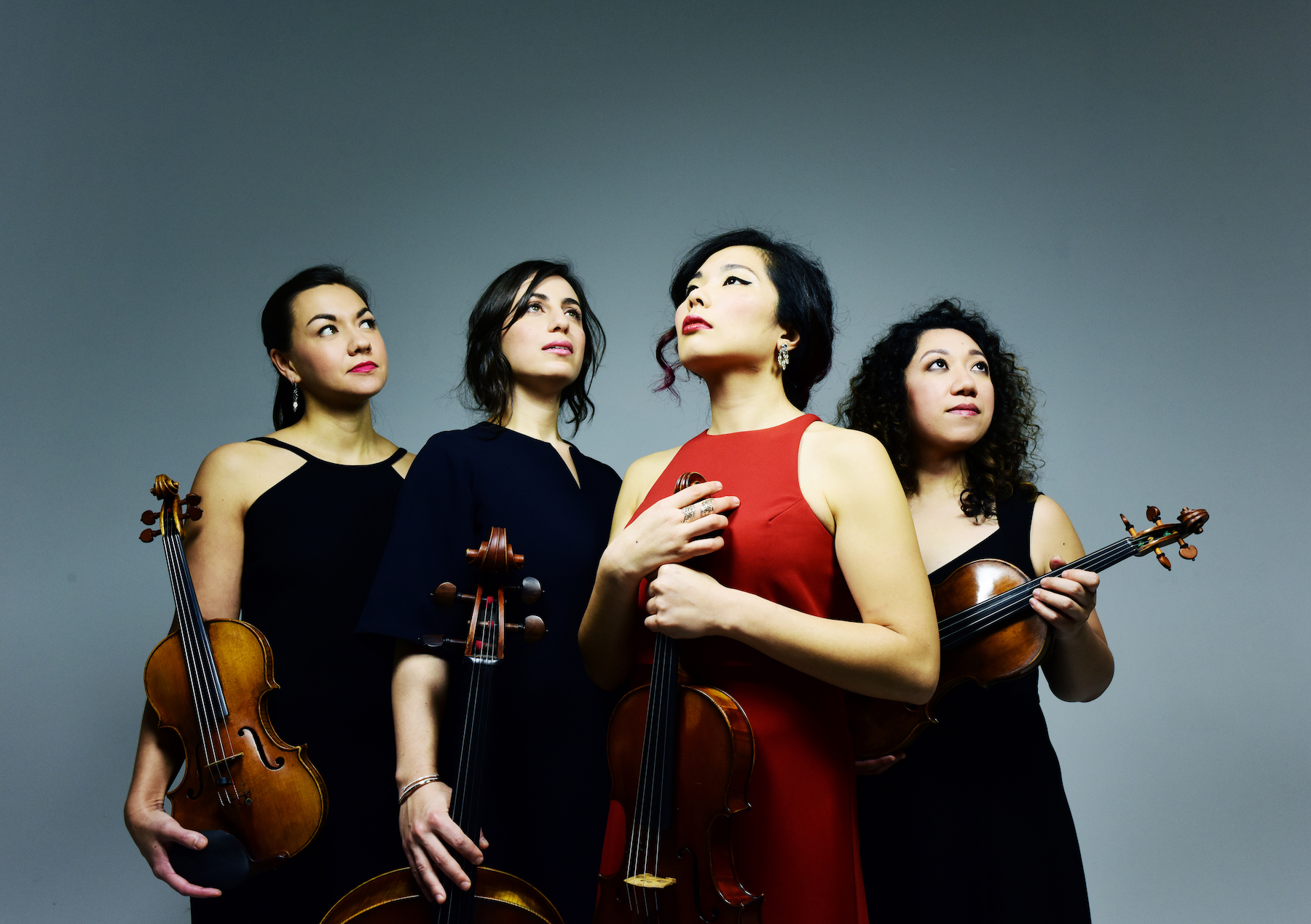 Praised by The Washington Post for “captivating” performances that draw from its notable “meld of intellect, technique and emotions,” the Aizuri Quartet was awarded the Grand Prize at the 2018 M Prize Chamber Arts Competition, along with top prizes at the 2017 Osaka International Chamber Music Competition in Japan, and the 2015 Wigmore Hall International String Quartet Competition in London. Through its engaging and thought-provoking programs, branded by The New York Times as “genuinely exciting” and “imaginative,” the Quartet has garnered critical acclaim for bringing “a technical bravado and emotional power” to bold new commissions, and for its “flawless” (San Diego Union-Tribune) performances of the great masterpieces of the past.

The Quartet has performed extensively throughout North America, as well as in Europe. Japan, Mexico, Chile, Costa Rica, and Abu Dhabi, and has commissioned and premiered new works by Pulitzer Prize-winner Caroline Shaw, Lembit Beecher, Paul Wiancko, Yevgeniy Sharlat, Gabriella Smith, Rene Orth, and Alyssa Weinberg. Its debut album, showcasing many of these new works, will be released by New Amsterdam Records in Fall 2018.

Formed in 2012 and combining four distinctive musical personalities into a unique collective, the Aizuri Quartet draws its name from “aizuri-e,” a style of predominantly blue Japanese woodblock printing that is noted for its vibrancy and incredible detail.