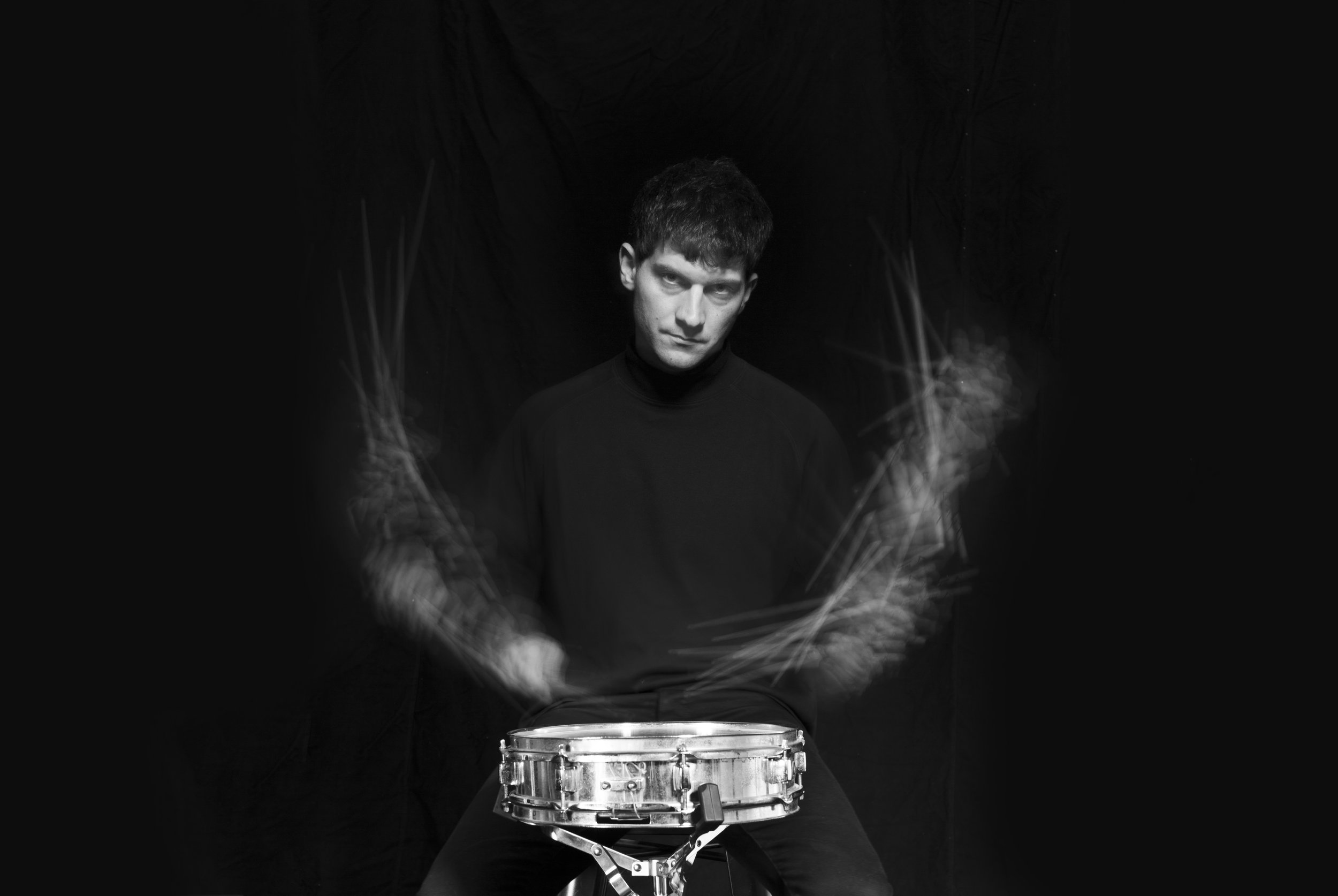 Ben Vida is a Brooklyn based composer, improviser and sound artist. He produces compositions that use analog and digital synthesizing technologies and focus on aural phenomena and sound localization. Ben has released over twenty records on such labels as PAN, Thrill Jockey, Drag City, Amish, Bottrop-Boy, Hapna and Kranky. As both a solo artist and in collaboration he has presented his work in the United States, Canada, Europe, Australia, South Korea and Japan.

Born in Brookline, Massachusetts, and currently based in New York City, Eli Keszler began playing drums at eight, and composing at twelve. Before finding an interest in experimental music and improvisation, he played in rock and hardcore bands; his work retains an intense physicality and churning, often ferocious energy. He is a graduate of the New England Conservatory, where he studied composition with Anthony Coleman and Ran Blake. He has collaborated with Phill Niblock, Roscoe Mitchell, Tony Conrad, Joe McPhee, Loren Connors, Jandek, and many others, and has recorded more than a dozen CDs and LPs for ESP-DISK, REL, and PAN.

Keszler’s installations employ piano wires of varying lengths; these are struck, scraped, and vibrated by microprocessor-controlled motorized arms, giving rise to harmonically complex tones that are percussive yet resonant. These installations are heard on their own and with accompanying ensemble scores. Said Keszler in a NPR All Songs Considered interview, “I like to work with raw material, simple sounds, primitive or very old sounds; sounds that won’t get dated in any way.” In addition, the patterns formed by the overlapping piano wires allow Keszler to create visual components that relate directly to the music, without having to use projections or other electronic equipment.

Jeff Zeigler is a Philadelphia-based musician, engineer and producer, who, in addition to playing in the band Arc in Round, and in a synthesizer and harp duo with harpist Mary Lattimore, plays solo on a mixture of electronics and textural guitar. Equal parts hypnotic and abrasive, he has previously shared the stage with Hans-Joakim Roedelius, Phil Niblock, White Magic and more.