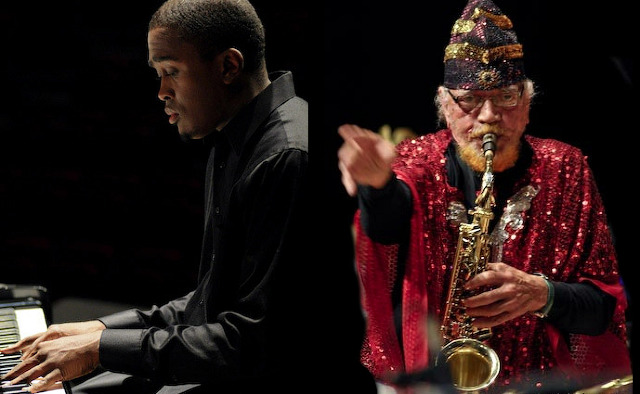 
Blistering virtuosity from another dimension. Legendary saxophonist Marshall Allen and keyboardist Farid Barron – both from the cosmic Sun Ra Arkestra – join for a duo of sonic exchanges, at the very edge of possibility. Critics have described Marshall as one of the most distinctive and original saxophonists of the postwar era. Pianist Farid Barron was born and raised in Philadelphia and has performed with Wynton Marsalis, Ralph Peterson, Johnny Coles, Mickey Roker, and Bobby Durham, among others.

Only Sleeping is a dance and design rabbit hole with unseen possibilities revealed at every moment. A dialogue between video and live performer, a silent film faces a live dancer with an original score that tests the boundary of imagination, loneliness and detachment. Subcircle’s work, in collaboration with Geoff Sobelle, of rainpan 43, and with music by Michael Kiley asks the audience to come with them on an adventure yet unknown. The goal remainsto test people’s ideas of where they see dance and theatre, how, and most importantly, why.