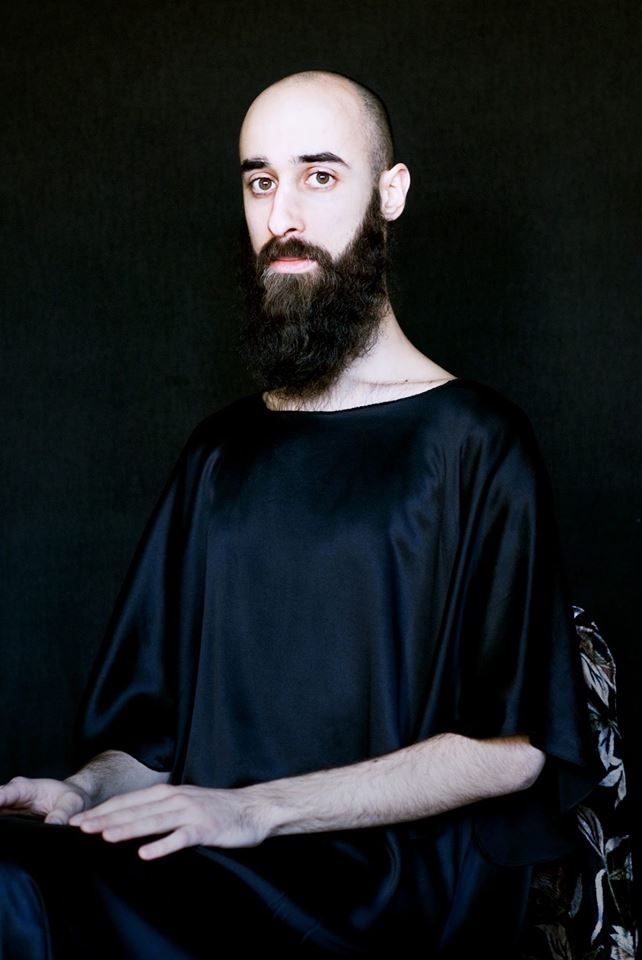 The third installment of Composing the Tinnitus Suites: 2016 consists of compositions for and by Daniel Fishkin, Cleek Schrey, and Ron Shalom. Shalom, Schrey, and Fishkin are members of New Perplexity, a collective of new wartime composers and scholars. Schrey performs on the Hardanger Fiddle, a Norwegian folk instrument lined with sympathetic strings that resonate as he plays. Shalom is a contrabassist blessed with perfect pitch, but this intutitive gift is confounded by spectral barrage of the Lady’s Harp. For this concert, the trio present a series of compositions in an attempt to answer the question, “What is Tinnitus Music?” from each player’s perspective.

Described by the Irish Times as “a musician utterly at one with his instrument and his music,” Cleek Schrey is a fiddler and composer from Virginia. An active member of traditional music communities in America and Ireland, he plays in the Ghost Trio with Ivan Goff and Iarla O Lionaird. His work has been presented at Pioneer Works Center for Art and Innovation in Brooklyn, Storm King Art Center, the Kilkenny Arts Festival, the Lumen Performance Art Festival, and the Bridge Progressive Art Center. Cleek frequently makes music for dance, having worked with choreographers Douglas Dunn and Bill T. Jones and percussive dancers Sandy Silva and Nic Gareiss. He also works closely with the renowned Beckett theater company, Gare St. Lazare, as a composer and musician. He has studied composition with David Behrman, Paul Caputo, Bunita Marcus, and Walter Zimmermann. The journal Sound Post has noted that Cleek “possesses a rare combination of traits: deep respect for traditional music and the people who make it, and an unbounded curiosity about new directions for sound.” He is currently pursuing a Masters in Music Composition at Wesleyan University.

Ron Shalom (b. 1989) is a composer, bassist, vocalist, organist, and leader of the Cult of the Illuminated Orifice. Of his own work, Ron says, “I seek out the boundaries between forms of performance in public life, as well as between the musical and the theatrical, through the creation of spectacle.” He received his undergraduate degree from Oberlin Conservatory and a master’s in composition from Wesleyan University. Recent projects include a semi-staged nihilo-pornography with the Cult, and a third full-length album of songs with his chamber pop ensemble Fers Yn Ri.

In 2008, Daniel Fishkin’s ears started ringing, and they never stopped. Composing the Tinnitus Suites: 2016 investigates the aesthetics of hearing damage through a performance series in the Sanctuary of the Rotunda, consisting of experimental music concerts and conversations with other thinkers who confront hearing damage in their own practice and personal lives. The series is anchored by the Lady’s Harp: a system of 20-foot long piano wires activated by mixer feedback, using guitar pickups and pressure transducers to coax the strings into vibration, not unlike the cilia that transduce vibrations into electrical impulses for the brain. Fishkin says, “To make ‘Tinnitus Music’ is not just to compose sounds, but also to compose situations that can break the isolation of its experience.”