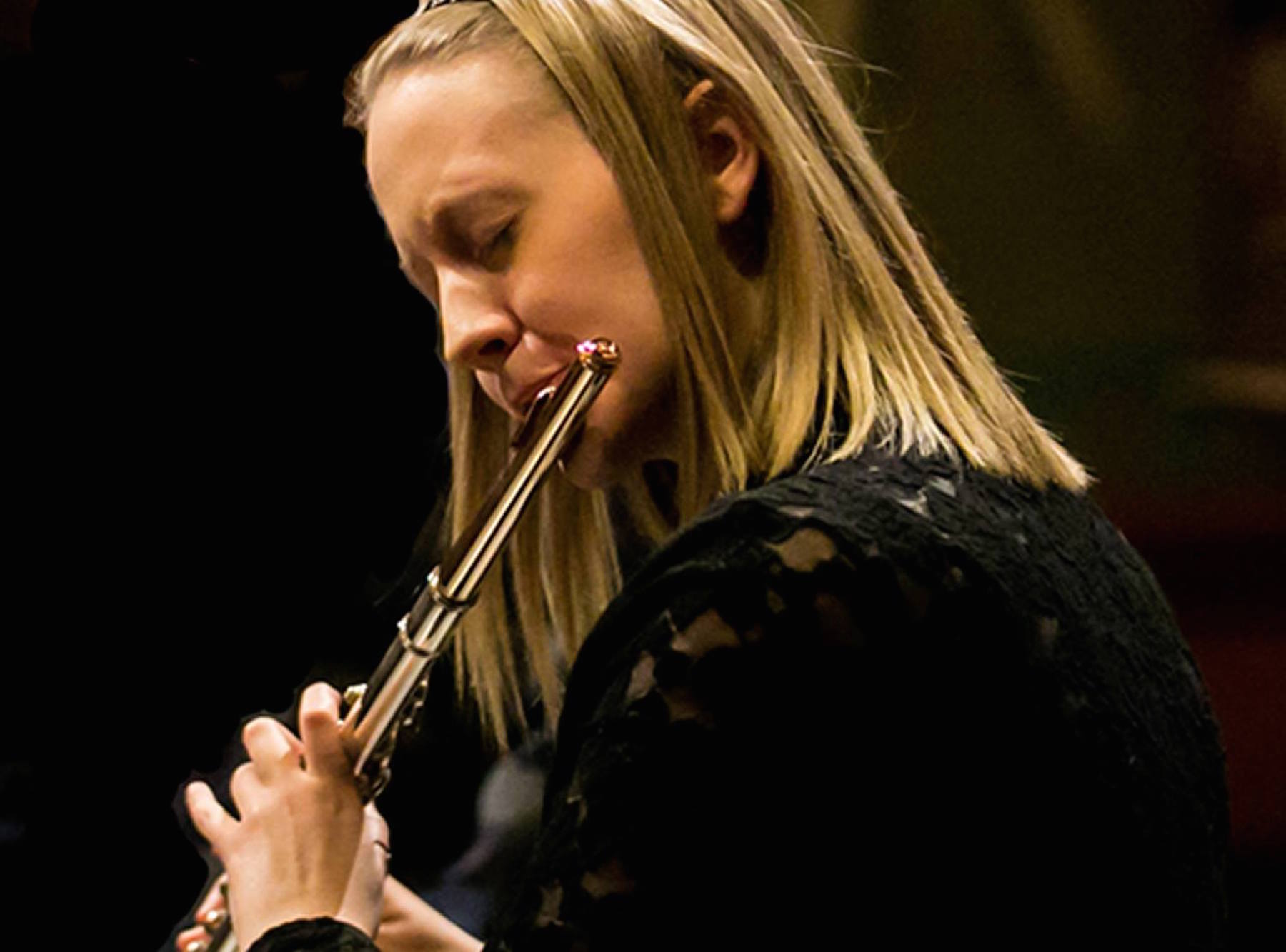 Bowerbird is excited to present Emma Resmini, an extraordinary young virtuoso performing a program of contemporary music for flute. The program includes “Flautina” from Stockhausen’s opera “Montag aus Licht” and Dai Fujikura’s “Poison Mushrooms”, a threnody to the victims of the Hiroshima bombing.

Emma began playing at flute at the age of three and is now a senior at the Curtis Institute of Music. Beyond the classical canon, Emma is also an avid performer of new music. A review of her performance at the 2016 New Music Gathering raved, “Emma Resmini stunned the crowd.” (I Care If You Listen) At the Curtis Institute of Music she was a featured soloist in the tribute concert to composer Kaija Saariaho, performing NoaNoa for flute and electronics, and as a member of the Curtis 20/21 Ensemble.As an advocate of emerging composers, she has performed the world premiere of over twenty new works. She is also in her third season with the Arcana New Music Ensemble.