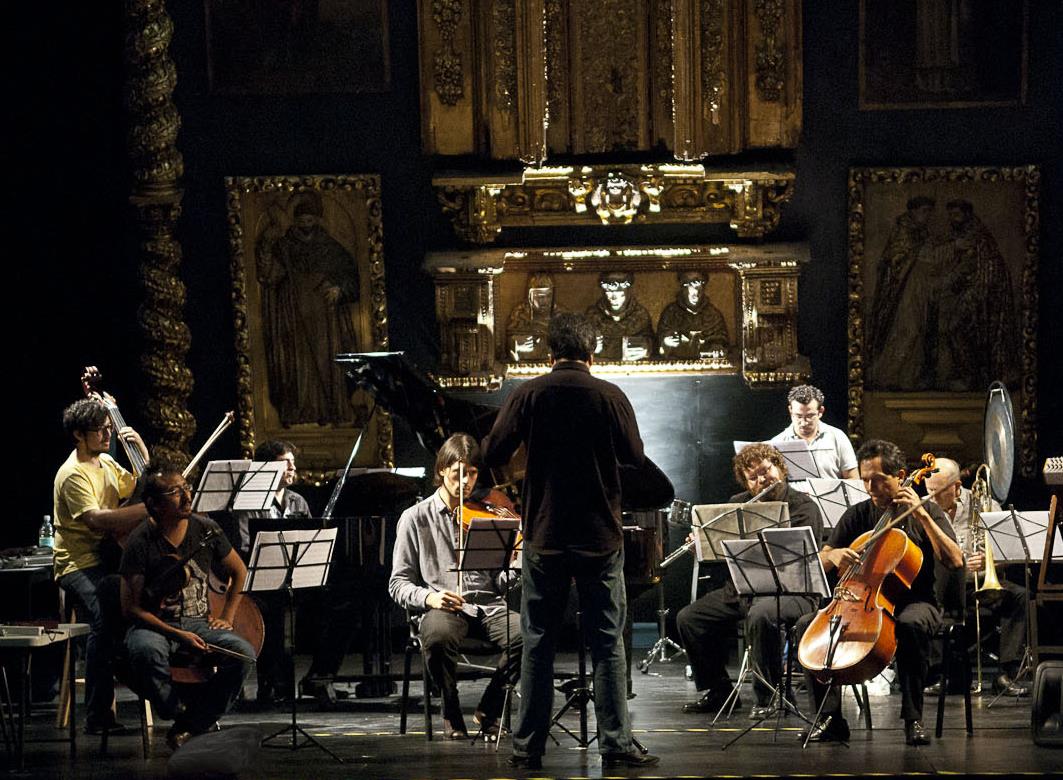 ABOUT ACUSTICA
Composed between 1968 and 1970, Acustica, for experimental sound-producers and loudspeakers, is one of Mauricio Kagel’s radical and extraordinary works, in which his constant search for ways of escaping from the restraints and conventions of traditional musical performance took him into a world of exotic instruments and almost surreal invention. The instrumentation for Acustica is a huge array of sound sources: there are folk instruments collected from around the world and from different periods in history alongside a vast array of devices that Kagel invented himself – from pebbles dropped into a bucket of water to a gramophone record “played” with a penknife stuck in a tin can – all of which he notates meticulously. The order in which they are played and overlapped, however, is left entirely free – the only fixed element in the composition is a pre-recorded tape that adds more musique concrete sounds to the mix.

ABOUT THE ENSEMBLE
Liminar is an independent music ensemble based in Mexico City, but more than just an ensemble, Liminar has become a hub where new music meets other art forms, and they can be seen performing in Mexico City’s main chamber music halls, museums, galleries, and alternative venues alike. Established in 2011, its core members are accomplished improvisers and devoted to new experimental music and essential works from the past century. As the group’s name suggests, Liminar’s place in the spectrum of contemporary musical practice is firmly on the adventurous side. The programs explore the boundaries of sound art, music theatre, and intermedia performance, thus expanding the conceptual and technical limits of the concert hall.