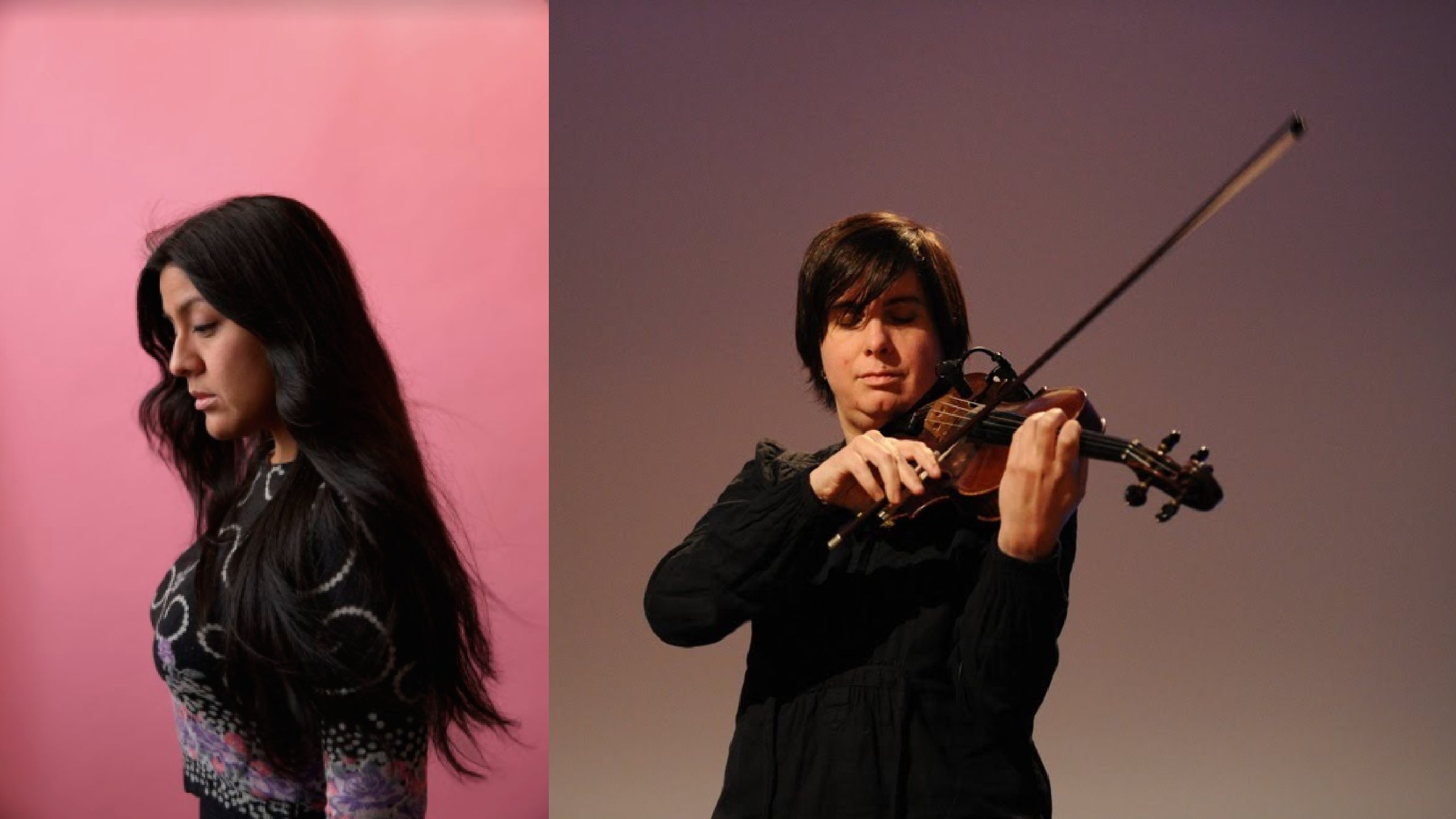 Maria Chavez is an avant-turntablist from Peru, living in New York City. She focuses on electro acoustic sound of vinyl and needle and has a collection of needles from immaculate to ruined that she calls her “pencils of sound” and a collection of records that provide the palette. She has toured with Christiina Carter (Charlambides, Scorses), performed with Thurston Moore of Sonic Youth in her New York City debut, and recorded with London-based laptop artist Kaffe Matthews.

Chavez has curated and performed in galleries and sound spaces around the world, including STEIM (Amsterdam), El Cervatino (Merida, Yucatan), the Kitchen (NYC), and Issue Project Room (Brooklyn), where she was an artist-in-residence for the fall of 2006. In November of 2007, she collaborated with fellow turntablists Otomo Yoshihide, dieb13, and ErikM as part of the Wien Modern festival of contemporary music in Vienna. In June and July 2008, she participated in a coveted artist-in-residency program with the Merce Cunningham Dance Company, Bard College at the Dia Foundation’s museum in Beacon, New York. She performed within one of Richard Serra’s “Torqued Ellipses” along with David Linton, Newton Armstrong and Stephan Moore.

Chavez was recently awarded the Jerome Emerging Artist Grant from Roulette in SOHO, NYC. Currently, she finished working on a short film score w/ video artist David Gacs and performing artist Matthew Day entitled “I Run But I Pursue” and is working as an apprentice with BROOKLYN:PHONO, a professional vinyl cutting service under the instruction of Master Lathe cutter Albert Grundy, founder of the Audio Engineering Society.

Chavez will also be included alongside Ikue Mori, Mira Calix, and Marina Rosenfeld in a book entitled “Pink Noises: Women on Electronic Music and Sound,” written by Tara Rodgers and due to be published by Duke University Press in 2009.

Her sold-out 2005 solo CD “Those Eyes of Hers” “shows indeed a great love for the way out experimental possibilities of turntablism,” (Vital Weekly)

j. morrison is an Brooklyn-based artist/designer. He holds a BFA in printmaking from Kent State University, Ohio. His work was recently featured in the “Into Me/Out of Me” traveling exhibition at the MACRO Museum of Contemporary Art in Rome, which has shown at P.S.1 and the KW Institute for Contemporary Art, Berlin. Other recent exhibitions include: White Box, ISE Cultural Foundation, the third New York Art Book Fair, Printed Matter, Exit Art, and the Powerhouse Arena in Brooklyn.

His work has been published in the New York Times, New York Sun, Time Out, Swiss Institute, Jane Magazine, Paper, Veer, and Salon. He has designed work for Proto-type Theater, Xiu Xiu, Indian Jewelry, Phiiliip, The Creeping Nobodies, and Acuarela records in Spain, and new independent films in New York and Chicago.

morrison creates a line of handmade screenprinted multiples, on various cloth and paper goods. They have been featured in venues such as The New Museum store, Bloomingdale’s, Printed Matter, Art Metropole (Toronto), and the artist’s.

Katt Hernandez has recently moved to Philadelphia, after living in the Boston area for nine years, playing the violin, running spaces, and producing shows. She immediately became involved in performances with Bowerbird, Soundfield, Ars Nova, and Nicole Bindler’s Dance Ensemble upon her arrival. Over the last year, Katt has also toured the U.S. with Vashti Bunyan, and most recently also with Vetiver. Before leaving Boston, she participated in the Voltaic Vaudeville festival, wherein she played Solo, with butoh dancer Jennifer Hicks, and as part of the Beat Circus Vaudeville Orchestra. Focused primarily on freely improvised music, Katt draws a firey array of electronic-like sounds and keening melodies from her completely accoustic violin. She also works extensively with microtonality, drawn from a study of a mixture of sources, including traditional folk and sacred musics of the Middle East, Turkey, and Eastern Europe, various odd-ball whisps of old Americana, and the Maneri/Sims 72 note system. Playing with as wide and unexpected a variety of other performers as possible is tantamount to her sonic and spiritual pursuits. She has also played music of the late Ottman empire and Whirling Dervish ceremonies with the Eurasia Ensemble. She spent some time playing old-time, vaudeville, and early jazz tunes with Matt Somalis (a.k.a. Shoe) whilst channelling the spirit of Amelia Earhart in the duo Lindy’s Radio. And she also plays the mysterious incarnation of a disturbing cartoon character in the frightening music and performance art duo Dr. Selenium and Madame Margo. In fact, she plays somewhere for somebody at least weekly, come hell or high water.