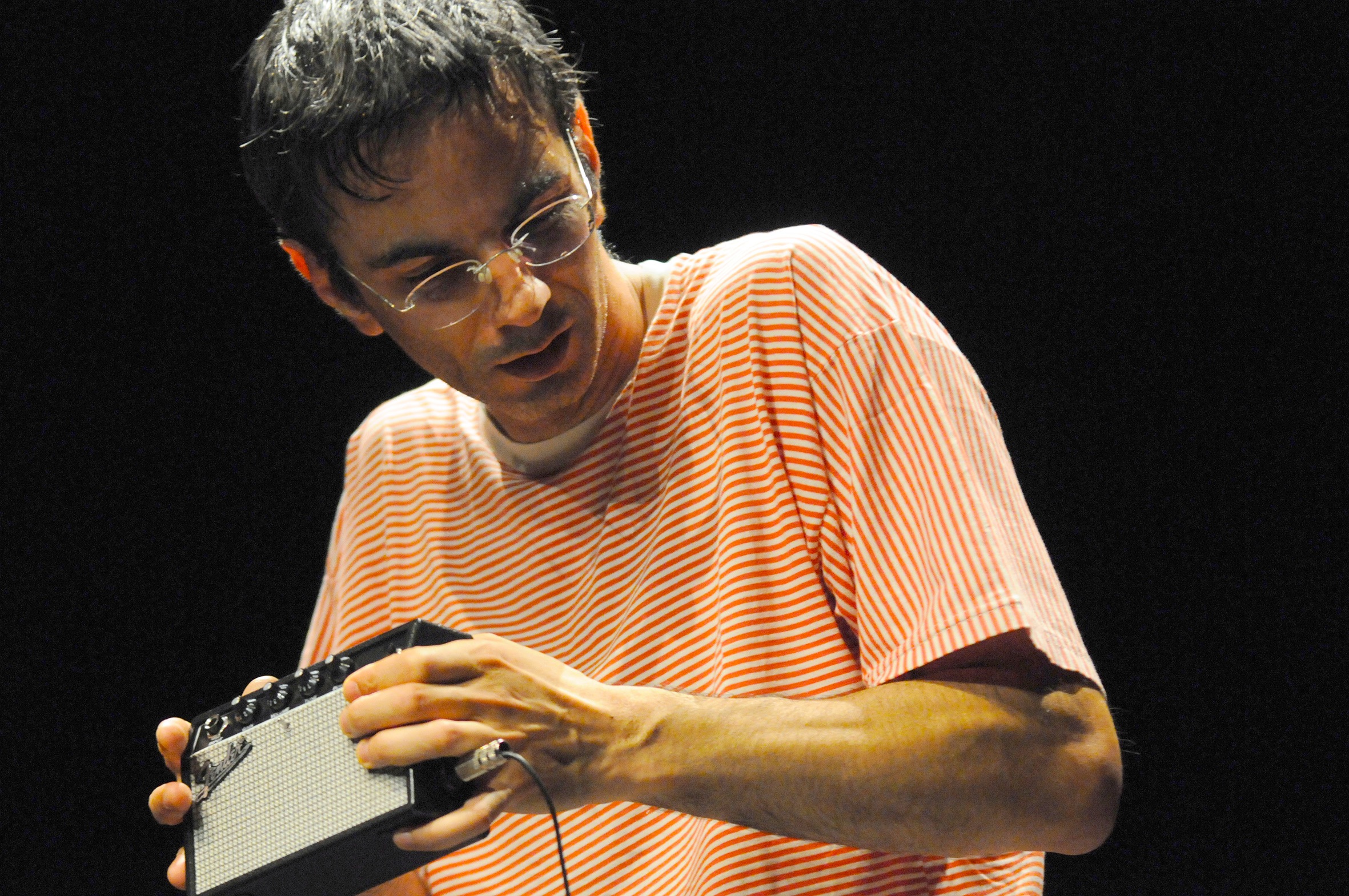 Rafael Toral is researching performance possibilities in electronic music. Using custom-built or modified electronic instruments, he’s developing the long-term Space Program to structure musical phrasing in “post-free jazz electronic music”. Approaching jazz as a system of individual decision-making from the viewpoint of electronics, his conception deals with gestural performance, “phrasing and swing”, instruments with a clear sonic identity, and articulation of silence and sound.

Formerly known for his drone/ ambient work with guitar and electronics and records such as Wave Field (1994) or Violence of Discovery and Calm of Acceptance (2000), in 2003 he decided to completely renew his approach to music, launching the Space Program in 2004. In 2006 he released Space, followed by Space Solo 1 in 2007 and Space Elements Vol. I in 2008. Also in 2008 premiered the Space Collective, a slowly developing orchestral group.

In the course of his work, collaborating with other musicians has been a decisive factor in learning and development. Among these, the most important is a long time connection with Sei Miguel (since 1993), Portuguese master of avant-Jazz, a key figure in the development of the Space program. In 1998 Rafael became a member of MIMEO electronic orchestra, a forum where surprising and uncontrollable events take place. Often described as a ‘supergroup’, its other members are Keith Rowe, Thomas Lehn, Kaffe Matthews, Marcus Schmickler, Jérome Noetinger, Christian Fennesz, Peter Rehberg, Gert-Jan Prins, Cor Fuhler and Phil Durrant. Throughout his path, Rafael Toral has kept collaborating with other people, among which are Jim O’Rourke, João Paulo Feliciano, Phill Niblock, Sonic Youth, Lee Ranaldo, Evan Parker, Dean Roberts, Manuel Mota, Roger Turner, David Toop, Alvin Lucier, John Zorn, Christian Marclay, Rhys Chatham, C Spencer Yeh, Trevor Tremaine, and many others.

An artist as well, he had activity in visual and spatial arts, having produced video and several installations from 1994 to 2003. The demanding Space Program called for suspending this output for fully focusing on music.