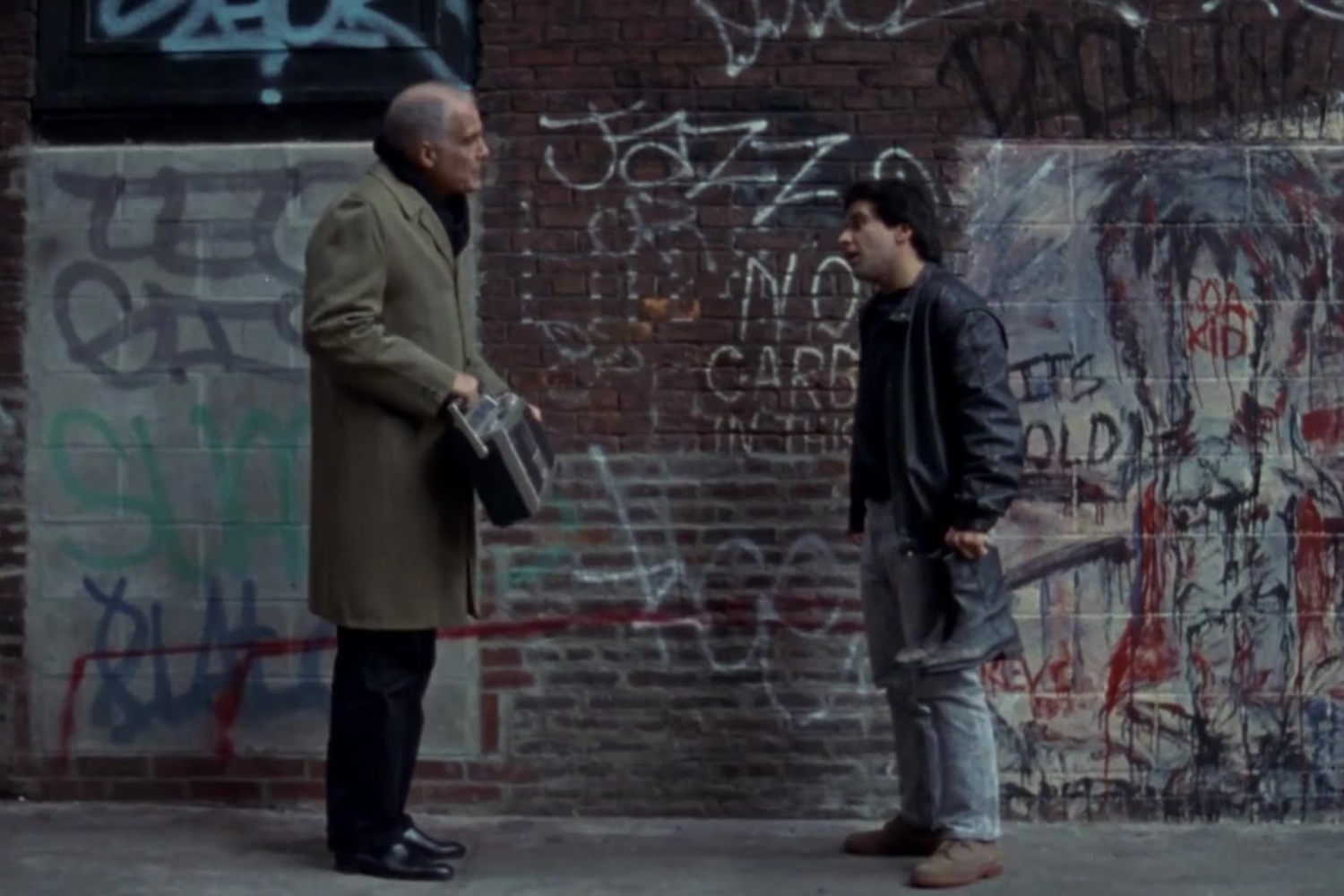 Over the course of a half century long career, Chilean-born Raúl Ruiz established himself as cinema’s greatest surrealist this side of Luis Buñuel. And like Buñuel, Ruiz was a vagabond, making films wherever funds were available. After the establishment of Chile’s military junta under Augusto Pinochet in 1973, Ruiz fled to Paris, making films in France, Portugal, The Netherlands, among other locales. The Golden Boat brought him to the U.S. for the first time while the director hones in on an artistic mecca, the downtown New York art scene of the 1980s. Produced in collaboration with The Kitchen, the film takes the form of one of our homegrown police procedurals crossed with a telenovela. The film wanders through Manhattan as a murderer and a philosophy-student rock critic pursue the object of the cut-throat’s affection, a Mexican soap opera star. But the meandering plot is mainly an excuse for Ruiz to engage in his love of dreamlike black comedy where streets are populated by a veritable who’s who of no wave New York including Jim Jarmusch, Kathy Acker, Annie Sprinkle, Vito Acconci—featuring a score by John Zorn.