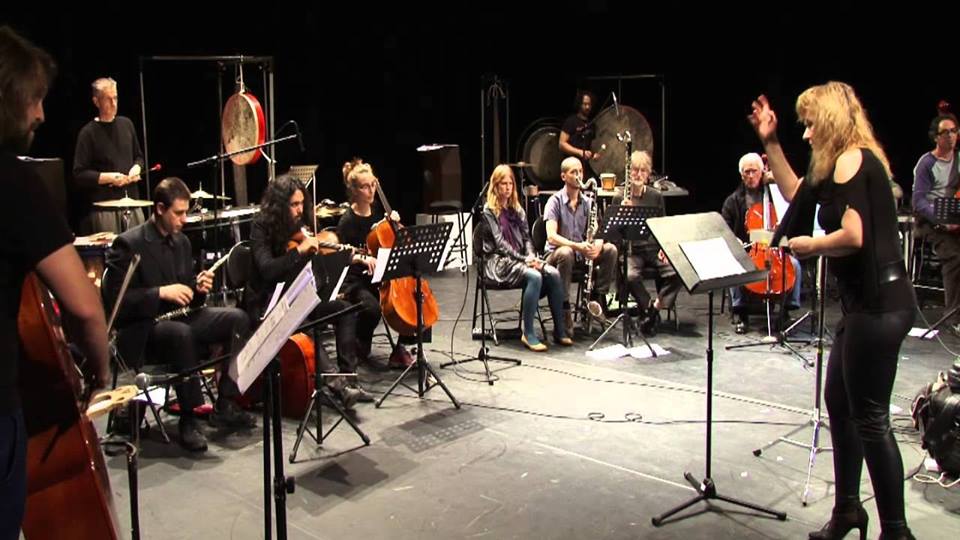 Bowerbird is pleased to welcome Iancu Dumitrescu and Ana-Maria Avram to Philadelphia for an intimate, two concert portrait of “Romanian Spectralism”. The first evening focuses on smaller chamber works – duos and trios – and the second evening features large ensemble works. The concerts will take place at the studio of Hi5 Recording in the Maas Building.

Iancu Dumitrescu stands at the forefront of one of the 20th century’s most invisible avant-gardes: the spectral composers of Romania. Operating on the margins of a regime committed to Socialist Realism, his microscopic explorations of acoustics draw on both Western techniques and local traditions: the folk music research of Bela Bartok, Eastern Orthodox chant, and Byzantine mysticism. The resulting compositions break apart sonic conventions. They reflect, in Dumitrescu’s words, “the attempt to release or unveil the god that is living in every piece of base matter.”

Born in Bucharest, Romania in 1961, composer Ana-Maria Avram’s propulsive music often synthesizes electroacoustic and instrumental sources. While informed by mathematical techniques, Avram is drawn to the dynamic nature of sound as independently shaped by each performer and listener. “Even if something is written, what is this, there on the score?” she asks. “A base from which to fly away.”