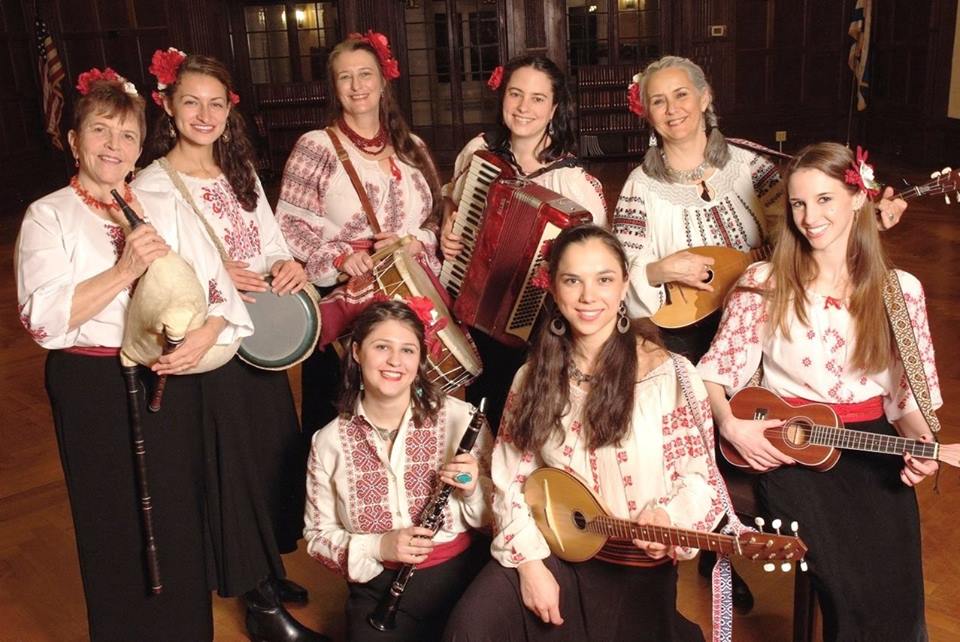 Bowerbird is pleased to present Svitanya, a Philadelphia-area women’s vocal ensemble that specializes in folk music of Eastern Europe. Founded in 2001, the ensemble started with six singers performing purely a cappella arrangements. The early members included two mother-daughter pairs, fitting for a genre in which songs have been passed from mother to daughter for centuries, and one of these pairs is still part of the group today.

Svitanya’s repertoire is drawn from a variety of regional traditions. Some songs are modern arrangements of old folk tunes, some are original compositions in the folk style, and others are sung as they have been for generations. They range from strong and strident field-working songs to traditional dance tunes to lush and emotive arrangements, all evoking the timbres, rhythms, and harmonies indigenous to the region. While many songs are performed without instrumentation of any kind, traditional ethnic instruments, such as gaida, tapan, tambura and balalaika, are used wherever possible in others.