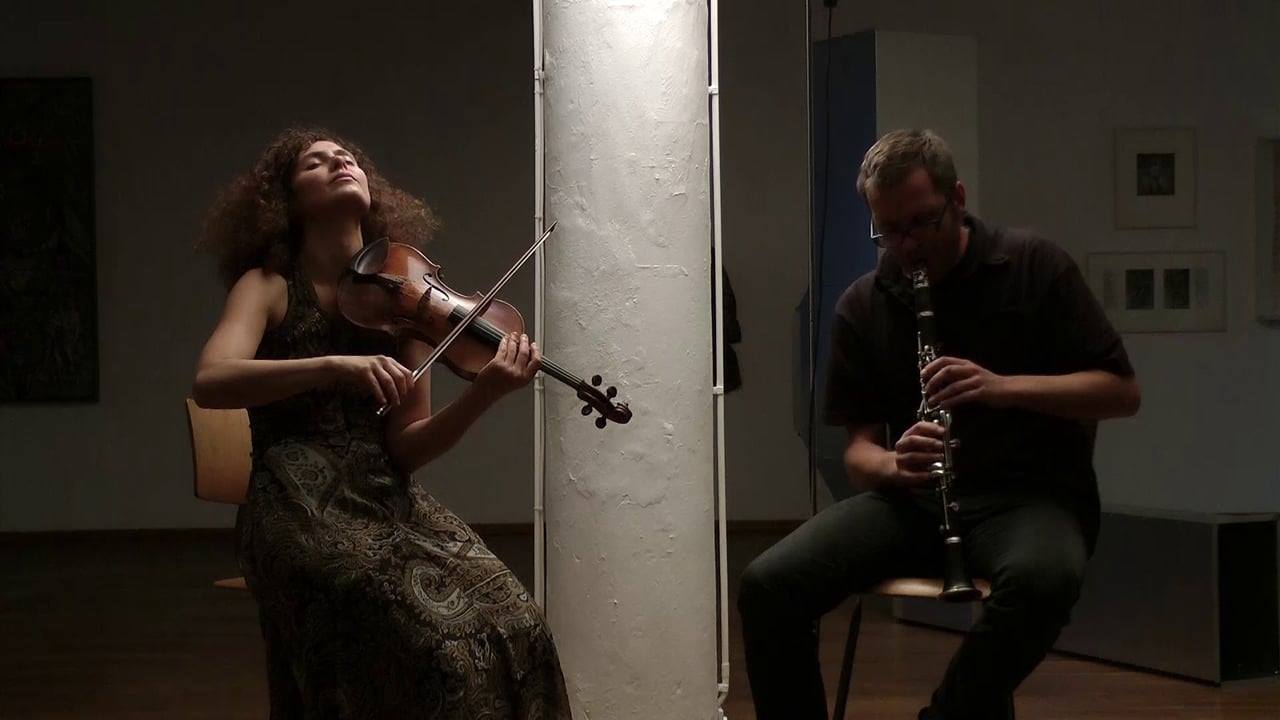 ABOUT THE EVENT
Bowerbird is pleased to present the Voutchkova / Thieke Duo (from Germany), along side Philadelphia’s Jesse Kudler, and Rachel Ishikawa + 사 (Sa). German duo Biliana Voutchkova and Michael Thieke have been performing and composing together since 2011. “Subdued and enchanting”, their music paints a slow and intimate moving soundscape while increasing the sensitivity of audiences’ perceptions using “microelements”. As active performer-composers, the two musicians are intrigued by real time composition and improvisation, as well as by contemporary composition. The duo has performed in Italy, Austria, Bulgaria, Serbia, Czech Republic and Germany, and have released their first album “Already there” on the Swiss label Flexion Records.

BILIANA VOUTCHKOVA studied classical violin in her college years and developed a strong interest in contemporary composed and improvised music. Since then, she has been active in both fields and her work spans a wide range of music and sound. She has collaborated with Frances-Marie Uitti, Matthias Bauer, Audrey Chen, Axel Dorner, Robin Hayward, and is part of the Berlin based Splitter Orchester, Work in Progress and Das Neue Ensemble Hannover as well as regular guest with ensembles such as Solistenensemble Kaleidoskop, Mozaik, Ensemble Modern, Sasha Waltz & Guests. In recent years, Biliana started working intensively with dancers and expanded her interest into instant composition of sound and movement. She co-founded her group Grapeshade and developed the idea of OSM, open sound & movement collective with partner Louise Wagner, leading into curating their own series at Radial System V in Berlin. http://www.bilianavoutchkova.net

The Berlin-based clarinetist/composer/performer MICHAEL THIEKE is equally at home across a broad range of musical environments, such as experimental song forms, collective composing projects, improvising collectives, and music on the fringes of jazz. He is exploring the minutiae of sound, timbre and noise, with a particular interest in microtonality and related sound phenomena, and with a preference for long-term collaborations and collective work. He has toured globally around Europe, China, Canada, Lebanon, Japan and the USA, and his work has been documented on over 40 releases on labels such as Staubgold, Ftarri, Leo Records, Erstwhile and Another Timbre. Some of his current projects are: The International Nothing, The Magic I.D., The Pitch, Splitter Orchester, Hotelgaste and Der Lange Schatten, as well as duos with Biliana Voutchkova and Olivier Toulemonde. http://www.michael-thieke.de

JESSE KUDLER is a musician, composer, performer and sound artist from Philadelphia. He uses improvisation, collaboration and site-specificity to examine modes and practices of listening, working with field recordings, guitar, electronics, synthesizers, radios, tapes, and text. His current and past projects include a site-specific composition for church organ, guitar, and recordings with Chris Forsyth; a commissioned sound piece for the City of Philadelphia Mural Arts Program; a duo with Graham Stephenson; and performing with several festivals. He has performed across the US and Canada and has presented workshops at universities and community spaces. Kudler was the co-founder and Director of the Philadelphia Sound Forum, a concert presentation resource. He curated the Sonic Arts Union Retrospective in 2012 and co-created and co-curated the “Wave Currents” series of live music events with live visuals at International House Philadelphia.

RACHEL ISHIKAWA is a Philadelphia-based musician who explores liminal and unfamiliar sounds in experimental and pop music. She performs as Shakai Mondai, and is the current Social Practice Lab art resident at Asian Arts Initiative. 사 (SA), an art critic and artist operating out of Philadelphia, tries to find a bridge between the digital and the natural analog. They primarily work in video and moving media, but aspire to soon work with installations.