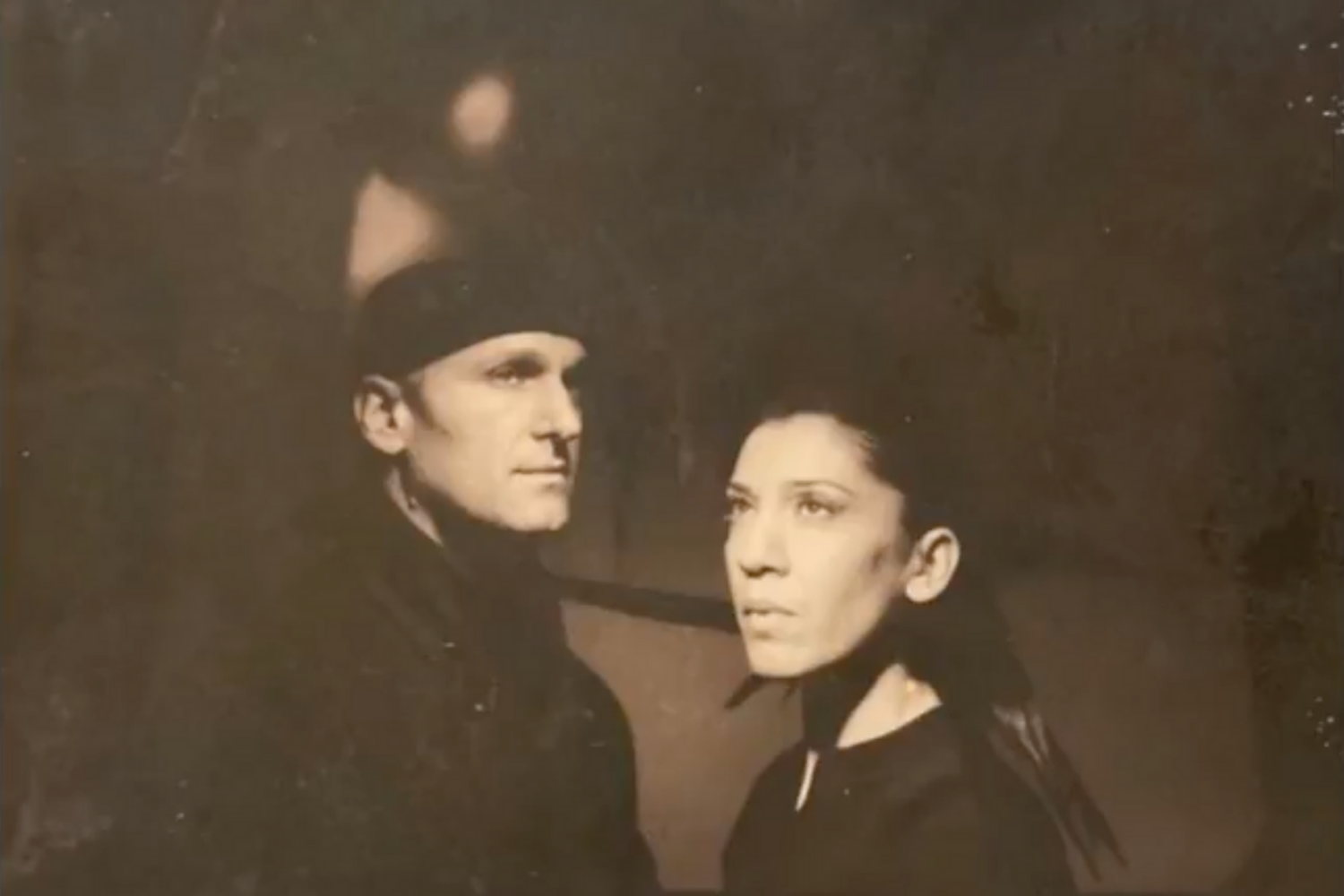 Sussan Deyhim (1958 – ) is an Iranian American composer, vocalist, performance artist and activist. Deyhim is internationally acclaimed for creating a unique sonic and vocal language imbued with a sense of ritual and the unknown, encompassing music, theatre, dance, media and film. Deyhim’s career began as an intern at the Festival of Arts, Shiraz-Persepolis and training with the Iranian National Ballet Company before joining the Bejart Ballet School, Mudra. Deyhim’s early iconic work Desert Equations: Azax/Attra combines her sublime voice and solo performance and the electronic wizardry of US composer Horowitz, wonderfully blending the duo’s multiple sources, including their experiences at the epicentre of New York’s early ‘80s avantgarde music and theatre scene. The haunting and futuristic Azax/Attra album prompted writer Paul Bowles to wonder: “Was this composed under the influence of Majoun?”. It led to a series of music/theatre performances including Desert Equations: Azax/Attra at New York’s important experimental La MaMa Theatre. In 2010, the LA Times critic Mark Swed called Deyhim “one of Iran’s most potent voices in exile for the simple reason that she possesses a marvellously potent voice.”